The trick is simply to get going

Trent Walton on, well, where to start in responsive webdesign.

A beginners guide to SASS

As I’m currently planning on doing more with SASS this tutorial by Martin Wolf comes in handy.

Another one by Brad Frost. And yes, I’m guilty of boring people with the more technical aspects of performance optimization.

Death of the Waterfall

Brad Frost pretty much nails it: The Post-PSD Era. Because it’s http:// and not psd:// (this also might be a quote from Brad, I’m not sure so let me know if it’s yours).

Pingdom, my favourite service for monitoring my servers, released a new tool yesterday that saves you from becoming a click monkey: Transaction Monitor.

What it does is accessing your webpage, clicking links, filling out forms and checking on the results (URL, Status Codes, etc.). I just implemented it for checking all of our stores checkout processes once a day.
Setting up is straigt forward and easy (as long as you have a check left in your Pingdom account). The Check editor offers context sensitive suggestions on actions and validations and has instant feedback on how long it took to perform the action and wether it was successful or not.

So with the Transaction Monitor annyoing repetitive task can be automated and thanks to that performed even more often as when executed manually. 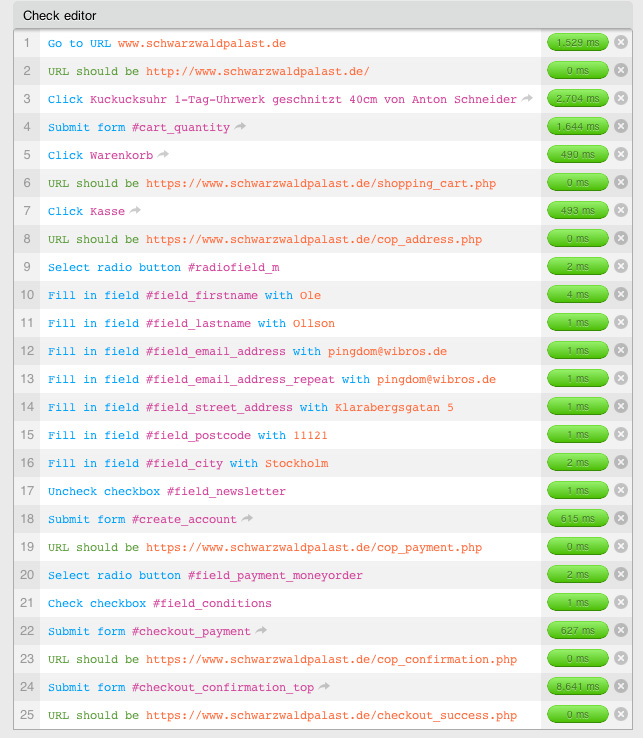 For some inexplicable reason however there is an artificial limit on the number of steps you can add to a check which is currently 25 and limits the usefulness unnecessarily. 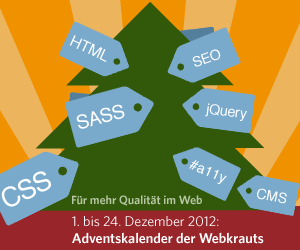